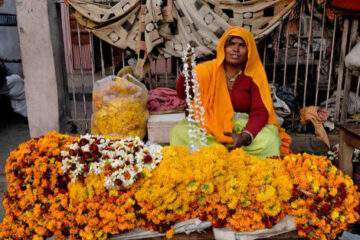 Women in the Informal Sector: A Saga of Constraints and Vulnerabilities

The advent of globalization and marketization has resulted in an emergent trend towards the ‘informalisation’ of the labor market. Policymakers have identified the income-generation potential and the significance of the informal sector as a source of jobs in adverse economic crises. However, the phenomena of globalization and the work sphere cannot be disassociated from their gendered power relations. Developing countries like India, with a concomitant rise in informal employment, reveal an increasing number of women joining this sector, but mostly remaining “invisible” as they continue to work in “low paid, low-status jobs in the informal sector; jobs which do not have any possibilities of betterment”. Studies suggest that 94% of women are a part of the informal sector, out of which approximately 50% perform functions in addition to their productive roles. These women are further confronted with constraints by their engendered role, wherein they’re additionally burdened with domestic responsibilities. Social connotations like these significantly contribute to the overall conceptualization of economic development.  END_OF_DOCUMENT_TOKEN_TO_BE_REPLACED