Review: “The Story of India” by Michael Wood

It is only seldom when one gets to see a documentary series which is visually so extravagant, narrated with such depth and one that almost covers the entire historical saga of a country that has withstood the ravages of time. Michael Wood’s ‘The Story of India’ is a BBC TV documentary series that covers the 10,000 year history of the Indian Subcontinent in six episodes. Wood traverses the length and breadth of India, meets the local people, archaeologists, historians and gathers immense information and showcases them with his own knowledge, adding flavor to the episodes.

The series starts off with the first episode, ‘The Beginnings’ where Wood travels the subcontinent tracing back the first human migrations from Africa to India. In ‘Power of Ideas’, he moves on to the revolutionary years after 500 BC- The Age of the Buddha and Mahavira and, charts Alexander The Great’s invasion of India that went on to inspire India’s first major empire i.e. the Mauryan Empire ruled by Chandragupta Maurya and Asoka. From there, he takes us on a journey through the silk route in the episode ‘Spice routes and Silk roads’. The achievements of the country’s Golden Age including the discovery of zero, calculation of the earth’s circumference, the world’s first sex guide, Kama Sutra and the giant temple of Tanjore built by Rajaraja Chola is given emphasis in ‘The Ages of Gold’. In ‘The Meeting of Two Oceans’, Wood charts the coming of Islam to the sub-continent and one of the greatest civilizations – The Mughals. The series finally ends with the episode ‘Freedom and Liberation’ wherein, Wood examines the British Raj and India’s struggle for freedom.

The series offers a gorgeous look at the country’s natural wonders, and an insightful glimpse into the hearts and minds of its citizenry. What truly is captivating about this series is that Mr. Wood narrates the history with a maximum of travel and conversation. There is a very minimum of explanatory graphics or talking heads other than his own. It’s a ravishing mix of visual and sound effects. You can almost smell the rich and heady aroma of the frothy coffee being tossed from one tumbler to the other. Mr. Wood even attempts to recreate Soma, an ancient drink recorded in the Rig-Veda and successfully manages to do so. Accompanying this narration is shot after shot of beautiful Indian faces – some olive, some ebony, some aged and worn, others young and full of hope. Throughout the series, Indian scholars and scientists, historians and holy men and everyday mothers, fathers and farmers take turns telling the endless story of India. There are some astonishing scenes that tend to stay with the viewer forever. For example, we get to learn that in Tamil Nadu, the gene of the first Indian is still prevalent in the masses. Or, the fact that the chants of the Brahmin in Kerala bear no resemblance to any known language but they most resemble the patterns of bird songs. Or that Sanskrit shares the same origins of Greek, Latin and other dozens of languages that are still spoken today. These are facts that are not easy to digest.

What is most marvellous about the series is that India’s history is written and narrated by a foreigner. Michael Wood hosts the entire series free of any bias or personal prejudice. He’s not afraid to discuss India’s relatively untroubled sexual relations with an attractive high-caste Indian woman clad in a sari who has written a book in English about the Kama Sutra “It’s not all about different positions” she says with a smile over a cup of tea in her garden. He narrates India’s history as it is but with such gust of energy and enthusiasm. He doesn’t use any recreations of some historical events but uses excerpts from Indian films like Asoka or Lagaan which makes it all the more likeable to watch. There are some shots that are so breathtaking in the documentary. The shots of a once-every-12-years festival in which a 60-foot statue of a Jain saint is anointed with showers of milk, saffron, turmeric, coins and flowers are visually very enriching. Wood’s spirit in hosting the show does not remain undiminished. He walks the souks and the bazaars, follows pilgrims, cruises on the Ganges, toils up the steps of numerous mosques, palaces and temples and climbs the remotest and most difficult mountain paths in the Himalayas and struggles along jungle tracks of the Tamil south to make his point.

But as a coin always has its two sides, so does the show has its cons. The colorful scenes in city and country, at temples and schools and archaeological sites, go flooding past and, it’s not always clear what we’re looking at. But Mr. Wood has an awful lot of ground to be covered and he can be excused for that. There are some dramatized scenes for example in the third episode, a dramatized narrative of Asoka’s life known as Asokavadana (150 AD) which may lead the viewer off track from the factual taste of his life. Wood could have covered some important events like the battle of Plassey, the Doctrine of Lapse, etc in the sixth episode but given the limits of time, he has done excellently.

In a nutshell, ‘The Story of India’ is a documentary that can be enjoyed both by Indian viewers and foreigners. It is very informative to even those who turn a blind eye to India’s vast culture, diversity and heritage. As a researcher, Wood has tried his maximum to portray India in all its glory. As an ex History student, this series has given me a different perspective about my country unlike what I had studied in my high school days. It is a must watch for all those who are interested in knowing about India’s past as it adds to their limited knowledge and further ignites their interest. 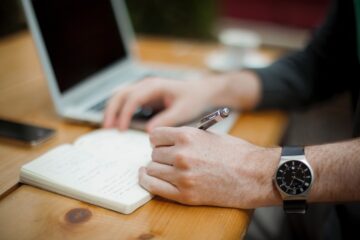