Overall 6.5 crore of India’s urban population resides in slums. Notably, the majority of the slum population comprises the informal sector labor force who are employed in low-paying jobs. Due to the migration of people to urban areas in search of employment, slums spring up in Indian cities within a matter of days. With an increase in population from the 1990s, growth in the slum areas is registered which implies that the proportion of slums is directly related to the population. According to the latest data, while the distribution of the slum dwellers in different States vary, 35.2 percent of India’s urban population live in slums. END_OF_DOCUMENT_TOKEN_TO_BE_REPLACED

By LexQuest Foundation, 2 months2 months ago 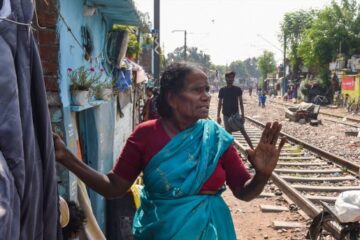 Rehabilitation of Women and Girls during the Pandemic

On 31st August 2020, an SC order sought to clear the slums around railway tracks in Delhi within three months, without any policy for rehabilitation. As concerns were being raised on the procedure to be followed in this regard, in another order dated 14th September, 2020, the Court instructed the authorities to devise a proper policy for the rehabilitation of the affected population before their eviction from the current place of residence. The SC however, did not recognize the fact that the brunt of unplanned eviction exercises has been found especially disadvantageous for women and girls.  END_OF_DOCUMENT_TOKEN_TO_BE_REPLACED

By LexQuest Foundation, 10 months10 months ago 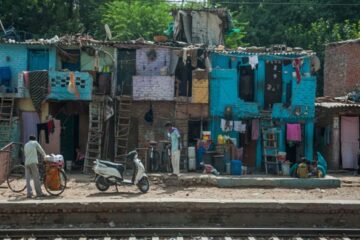 What is the issue?

As per a senior government official, there are 750 slum clusters in Delhi, of which around 52 prominent ones are located close to railway tracks. The Supreme Court, on 31st August 2020, passed an Order in connection with the piling up of the waste along the railway tracks, wherein the Court has ordered for the removal of 48000 clusters that are located along the 70 km route length of the track. The Northern Railway, alongside the Government of Delhi, has started the work of identifying the slums along railway tracks and the ones lying within 15 meters of the tracks will be removed. END_OF_DOCUMENT_TOKEN_TO_BE_REPLACED

By LexQuest Foundation, 11 months10 months ago

The Trafficking of Persons (Prevention, Protection and Rehabilitation) Bill, 2016: An Analysis

By LexQuest Foundation, 4 years10 months ago

There has been a pursuance of several changes, according to the evolution of the demands and the requisites of modern day industrial and developmental goals. One of such has been sought by Narendra Modi government, which has tried to bring a healthy transition to present Land Acquisition, Rehabilitation and Resettlement Act, 2013. There have been many disputes in terms of opinion among the different political parties with the inception of the ordinance. However, Finance minister Mr Arun Jaitley has supported it in many terms. END_OF_DOCUMENT_TOKEN_TO_BE_REPLACED