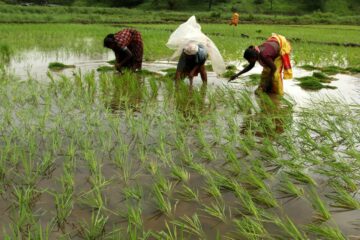 Mahila Kisan Sashaktikaran Pariyojana (MKSP) is a sub-component of the Deendayal Antyodaya Yojana-National Rural Livelihood Mission (NRLM) announced by the Government of India in 2011, aimed at improving the participation of women in agriculture and to help them achieve socio-economic development. END_OF_DOCUMENT_TOKEN_TO_BE_REPLACED

On reading the biography ‘Cornelia Sorabjee: India’s Pioneer Woman Lawyer‘, one is bound to fall in love with Suparna Gooptu’s take on the legal luminary Cornelia Sorabji who was the first woman to study law in Oxford and, India’s second woman advocate.

Cornelia, though being a pioneer in multiple ways at a time when the colonial professional world was marked by a strong racial and gender bias, failed to occupy the centre stage in colonial India, either as a professional, or in politics, or even in social reform. The book analyzes the political, social and cultural milieu in which she spent her childhood and youth, charts out the implications of her birth in an Indian Christian family, examines the circumstances that made her the first Indian woman to study law, documents her experience in the legal profession and colonial bureaucracy, and understands why and with what consequences she remained a firm loyalist of the British Empire and a critic of mainstream Indian nationalist politics. The author succeeds in doing so END_OF_DOCUMENT_TOKEN_TO_BE_REPLACED