Is the Evidence Law in India all set to be overhauled?

The Indian Evidence Act was originally passed by the Imperial Legislative Council in 1872 and contains a set of rules and allied issues governing admissibility of evidence in Indian Courts, an area of law of unparalleled importance in advocacy and litigation. The enactment and adoption of this code of law was a path-breaking judicial measure and completely metamorphosed the previous traditional customs of evidence, which were in practice. Just like all other branches of law, the Law of Evidence in India needs to constantly evolve with the rapidly growing society and its practices. Surprisingly, the Indian Evidence Act, has been amended only once in 2000. However in order to combat the increasing magnitude of cyber crimes, the NDA Government is considering overhauling the current law in order to replace it with a more modern and comprehensive amendment. END_OF_DOCUMENT_TOKEN_TO_BE_REPLACED 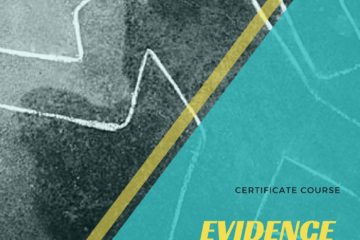 In today’s society, there is an ever increasing amount of cases piling up in various courts throughout the country and most of the people will have to, at some point in their lives, visit the courts to get their grievances redressed. Evidence becomes the most decisive factor in deciding a Read more…

Use of Scientific Methods for Collection of Evidence

The Aarushi-Hemraj Murder Case and Nithari Killings Case has brought into limelight the scientific methods of investigation used in India and across the world. The three of them are lie detector or polygraph test, narco-analysis and brain-mapping. They have been in use for quite a time and their constitutional validity has always been questioned by the human right activist and lawyers. END_OF_DOCUMENT_TOKEN_TO_BE_REPLACED