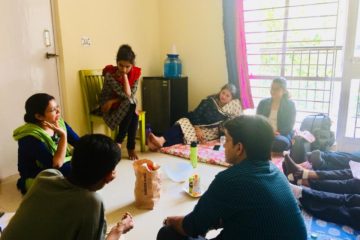 A day full of insights, intense discussions and revelations for our participants and us, while we tried to make sense of the gender disparity, gender inequity and commodification of women’s minds and bodies in the society that contribute to the complex landscape of Bride Trafficking in India. Of learnings, solutions and thought provoking debates at Civic Architects: The Policy Workshop.  END_OF_DOCUMENT_TOKEN_TO_BE_REPLACED 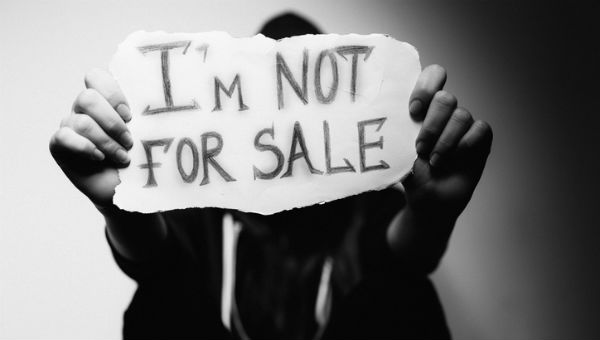 Trafficking of Persons (Prevention, Protection and Rehabilitation) Bill, 2018: A Pressing Need of the Hour

Trafficking of persons is a serious crime and a grave violation of human rights. Every year, thousands of men, women and children fall into the hands of traffickers, in their own countries and abroad. Almost every country in the world is affected by trafficking, whether as a country of origin, transit or destination for victims. END_OF_DOCUMENT_TOKEN_TO_BE_REPLACED

Disturbed area is an area where any magistrate or police officer of the rank of Sub-Inspector or Head Constable of Armed Police have been given the right to fire or otherwise use force even to the point of causing death, against any person who is indulging in any activity which results in a serious breach of public order. END_OF_DOCUMENT_TOKEN_TO_BE_REPLACED

The Supreme Court, in a landmark judgment, affirmed that sexual intercourse with a minor wife is rape, where consent is immaterial. The judgment came on a petition filed by an NGO- Bachpan Bachao Andolan (BBA) run by Nobel Prize winner Kailash Satyarthi to examine the conflict of Section 375 of Indian Penal Code (IPC) with Protection of Children from Sexual Offences (POCSO) Act, 2012. The Court struck down Exception 2 to Section 375 of IPC, which exempts marital rape of girls between the age of 15 and 18 from the purview of rape. The POCSO Act has determined the age of consent to be 18 years which cannot be reduced, the court ruled. The Court Bench, comprising Justice Madan B Lokur and Justice Deepak Gupta, said that the exception to the rape law was contrary to the philosophy of other statutes and violates the bodily integrity of a girl child. The discrimination between a married girl child and an unmarried girl child is artificial. “A child remains a child whether she is described as a street child or a surrendered child or an abandoned child or an adopted child. Similarly, a child remains a child whether she is a married child or an unmarried child or a divorced child or a separated or widowed child.”, Justice Lokur wrote. END_OF_DOCUMENT_TOKEN_TO_BE_REPLACED

Meaning of the term urban refugee

The Geneva Convention on Refugees defines a refugee as, “a person who is outside their country of citizenship because they have well founded fear of prosecution because of their race, religion, nationality, membership of a particular social group or political opinion, and is unable to obtain sanctuary from their home country or, owing to such fear, is unwilling to avail themselves of the protection of that country.”  In context of the term, urban refugee, there is no clear definition but it points to the changing trend of refugees making their ways to cities as against the traditional image of settling in refugee camps. END_OF_DOCUMENT_TOKEN_TO_BE_REPLACED

India’s Abstention at UNHRC: A shift without compassion

India’s so-called neutrality from voting in the recent UN Human Rights Council meeting on the question of forwarding the “Davis Report” to International Criminal Court has created an instant outrage among the National Councils and people all over the world. Various assumptions are being made as to why India did not take part in the voting. Since 1948 when India got its Independence until in 1992 when full diplomatic relations with Israel were assumed India vowed to support Palestine to fight for its inalienable rights as a sovereign engaged in a struggle against colonial occupation which is much like the one that led to its own hard-won independence.India has always shown solidarity to the Palestine. This sudden change of India being silent on the report has raised many eyebrows. END_OF_DOCUMENT_TOKEN_TO_BE_REPLACED

Female genital cutting, female circumcision, and female genital mutilation are different terms used to describe the inhuman cultural practice of partially or totally removing the external female genetalia. The minor form of Female Genital Mutilation refers to the removal of the clitoris. The severe form of this practice is when all the external genetalia are removed and the vaginal opening is almost stitched completely with a small opening left for urine and menstrual blood.  The World Health Organization has classified this practice into four groups.[1] They are: END_OF_DOCUMENT_TOKEN_TO_BE_REPLACED

A Study on the Agenda of Human Rights

The death penalty entails the taking away of a person’s life after conviction on a capital offence by a competent court. The death penalty is still a legitimate form of punishment in some parts of United States of America, Saudi Arabia, and China.[1] The International Covenant on Civil and Political Rights was indicative of the international view against death penalty – Article 6 implores those states which have not abolished the death penalty to exercise caution in carrying out this penalty. END_OF_DOCUMENT_TOKEN_TO_BE_REPLACED

Irom Sharmila and her struggle to repeal AFSPA

On 2nd November 2000, in Malcom, a town in Imphal Valley of Manipur, ten civilians were shot and killed while waiting at a bus stop, by the Assam Rifles, one of the Indian Paramilitary forces operating in the state. This incident became famous as the ‘Malcom Massacre’ which prompted Irom Sharmila to start her hunger strike, that continues till this day against the provisions of the Armed Forces Special Powers Act (hereinafter AFSPA). END_OF_DOCUMENT_TOKEN_TO_BE_REPLACED