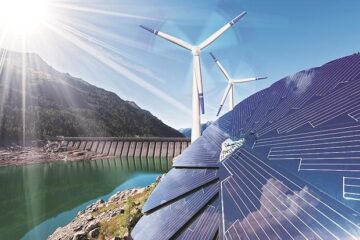 The COVID-19 pandemic has presented an unprecedented challenge to industrial and economic growth across the world. Even as industries begin to recover, as per some reports, businesses continue to operate at limited capacities with India seeing lower factory outputs and contraction of industrial production. This has resulted in trends that point towards a global recession. However, even amid such a contraction of economic growth both in India and worldwide, in its Renewables 2020 Report the International Energy Agency (IEA) has opined that the deployment and development of renewable energy (RE) have remained largely resistant and resilient to the conditions imposed by the pandemic- a trend that seems to be reflected in the Indian diaspora as well. There are predictions that even as there are short term falls in the installed capacity of distributed renewable energy, the industry itself will bounce back. This is in part helped by the short term relief provided to the power sector (which includes renewable energy) by the Ministry of New and Renewable Energy (MNRE) since late March, 2020.  END_OF_DOCUMENT_TOKEN_TO_BE_REPLACED

India-Belgium MoU on Energy: Joining Hands for a Greener Environment

The diplomatic relations between India and Belgium were established in 1948. Of late, Belgium has acknowledged the importance of India’s global role in economic spheres. In the past, both the countries had co-operated in the field of trade, investment and education. The Union Cabinet on 5th November 2015, approved a Memorandum of Understanding (MoU) signed between Indian and Belgium government authorities at the federal and regional level on energy. The objective of this MoU is “to encourage and promote technical bilateral cooperation on new and renewable energy issues on the basis of mutual benefit, equality and reciprocity.” Both the countries would focus on the development of renewable energy technologies in the field of solar energy, wind energy, biomass, geothermal energy and marine energy. This MoU would help in strengthening bilateral cooperations between the two countries. It would also aid Foreign Direct Investment (FDI) in the renewable energy sector by bringing in more and more sophisticated technology in India.   END_OF_DOCUMENT_TOKEN_TO_BE_REPLACED

Miss Priya Pillia is a Greenpeace activist holding a valid six months business visa to visit London. She was invited by the British Parliamentarians to address them on January 14, 2014 to talk about the ongoing campaign of Mahan, Madhya Pradesh where the proposed coal mining project by Essars a London based Company has been treating the local community to clear the forest and uproot them. Sadly, her noble motive was halted by the airport authorities when her passport was stamped OFFLOAD without any prudent clarification. She was told that she was banned from leaving India although she had no criminal convictions against her but her spirit was shaken off with the restrictions. She did address the Parliamentarians by Skype. END_OF_DOCUMENT_TOKEN_TO_BE_REPLACED