The Medical Termination of Pregnancy (Amendment) Bill, 2020: A Progressive Starting Point with Enough Room for Change

On March 17, 2020 the Medical Termination of Pregnancy (Amendment) Bill was passed in the Lok Sabha through a voice vote. The Bill seeks to amend the Medical Termination of Pregnancy Act, 1971 by primarily proposing four changes. The Bill comes at a time when unsafe abortion is the third-leading cause of maternal mortality in India and a number of petitions have been made to amend the Act.

The Bill states various reasons for its amendments, like advancements in medical technology that allow increase in upper gestational limit for vulnerable women and for pregnancies where substantial foetal abnormalities are detected late in the pregnancy. The change is also a result of several Writ petitions filed by women in the Supreme and High Court(s) seeking for an abortion at a gestational age beyond the permissible limit on grounds of sexual violence and foetal anomalies (Meera Santosh Pal vs Union of India, Mukesh Patidar vs State of Madhya Pradesh, Shaikh Ayesha Khatoon vs Union Of India, Ritika Prajapat (minor) Vs. State of Madhya Pradesh). The Bill regards this amendment as a step towards protection and welfare of women. It strives to respect the dignity, autonomy and confidentiality of women.

The amendment comes with several positive changes. One of the most important changes proposed through the Bill is the extension in upper gestational limit up to 24 weeks for special categories of women (victims of rape and incest, differently-abled women and minors). In recent times, many victims of rape have filed petitions in the Supreme Court and the High Courts seeking for an abortion after the permissible time limit has passed. In this light, the Bill now rightly enables vulnerable women to seek immediate abortion and avoid the delay caused by filing for petitions and awaiting judgments.

The Bill also discards a proposal put forth in the Draft MTP (Amendment) Bill, 2014 which advocated incorporating AYUSH health care providers and nurses/auxiliary nurse midwives. On one hand, it is believed that expanding the healthcare provider base would likely increase access to safe abortion for women, especially those on the margins. But on the other hand, approved methods of surgical abortion require certain allopathic equipments such as IV fluids, certain drugs and anesthesia. Furthermore, a medical abortion necessitates the prescription of appropriate drugs (Mifepristone and Misoprostol), which does not come under the domain of non-Allopathic system of medicine. Besides, as of now a nurse or an auxiliary nurse midwife are not authorized to prescribe modern medicine.

The Bill recognizes the anguish caused by pregnancy resulting from contraceptive failure is a valid mental injury to the woman or her partner. The relevant provision now replaces the words ‘married woman or her husband’ with ‘woman or her partner’. This is a remarkable amendment as in a way it recognizes pregnancies resulting from casual sexual relations and live-in relationships. It also steers away from heteronormativity, through its use of the word “partner”.

Another notable amendment is that the upper gestational limit will not apply for pregnancies where termination is necessitated by the diagnosis of substantial foetal abnormalities diagnosed by a Medical Board. Through its judgments, the Supreme Court of India has had to permit termination of pregnancies going beyond the upper gestational limit owing to foetal abnormalities, since such a provision was not present in the Act previously.

Furthermore, the Bill respects a woman’s privacy. It proposes that no registered medical practitioner will be allowed to reveal the name and other details of the woman whose pregnancy has been terminated except to a person authorized by law.

Although the Bill can be regarded as a much-needed change, it fails in certain aspects. It still requires the woman to get an approval of one medical professional for an abortion up to 20 weeks of gestational period and an approval from two medical professionals between 20-24 weeks of gestational period. The medical professional should, in good faith, be of the opinion that continuation of the pregnancy will be a risk to the woman’s life or grave injury to the woman’s physical and mental health; or there will be a substantial risk that if the child were born it would suffer from serious physical or mental abnormalities. The choice to continue or terminate the pregnancy is still not at the discretion of the woman, thereby undermining her autonomy. If a woman is not able to secure this approval, she is forced to continue with the pregnancy.

The World Health Organization acknowledges in its publication ‘Safe abortion: technical and policy guidance for health systems’ that women may face negative consequences as a result of gestational limits on an abortion. The WHO also believes that if the pregnancy is a grave threat to the woman’s life, abortion may be necessary at any point during the pregnancy. According to WHO, failure to secure a legal abortion may force women to seek an abortion from illegal and unsafe providers, use self-inducing methods or travel to other countries.

As we look at the statistics concerning incidence of abortions in India, we see that the percentage of abortions conducted outside of a medical facility is exceptionally high. Unsafe and illegal abortions are one of the leading reasons behind maternal mortality. In India, Maternal Mortality Rate was recorded to be 122 per 100,000 births for the time period 2015-2017, although it’s significantly lower from its previous years, the data is bound to be under-reported. An ecological study of 162 countries (including India), over the time period of 1985-2013, conducted to determine the relationship between maternal mortality and flexibility of abortion laws, demonstrated that maternal mortality was lower in countries with flexible abortion laws, wherein abortion permitted on all grounds (on request) is considered the most flexible law. It suggested that flexible abortion laws could allow for protection of women against unsafe and illegal abortions. This suggests that there is still scope of further amendments to better India’s abortion laws.

It is important to understand that the decision to terminate one’s pregnancy is a matter of personal liberty and choice. To force someone into continuing an unwanted pregnancy is a violation of their human rights. The reform is undoubtedly a step towards greater access to safe abortions, decreasing maternal mortality and woman empowerment. Once this amendment becomes a law, its enforcement will require the government’s complete effort in providing adequate healthcare at all levels, so that women do not seek unsafe methods. While applauding the changes proposed by the amendment, it must be admitted that we still stand far away from giving women complete autonomy and reproductive rights over their bodies. 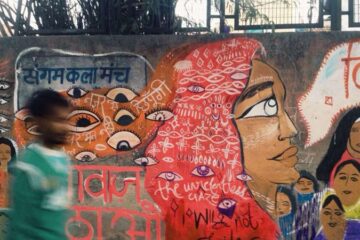