“Limiting global warming to the 2015 Paris Agreement goal would need Carbon Dioxide emissions to reach net zero by about 2050.”

Last month, levels of heat-trapping greenhouse gases in the atmosphere reached a new record high. This continuing trend means that future generations will have to face increasingly severe impacts of climate change. We are already witnessing some of these impacts in the form of global warming, extreme weather, and the rise of sea levels.

Greenhouse gases from human activities are the most significant driver of observed climate change. In the atmosphere of earth, carbon dioxide (CO2), methane (CH4), nitrous oxide (N2O) and water vapor are the most abundantly found greenhouse gases. The share of these gases in the atmosphere has constantly increased with increasing industrialization. 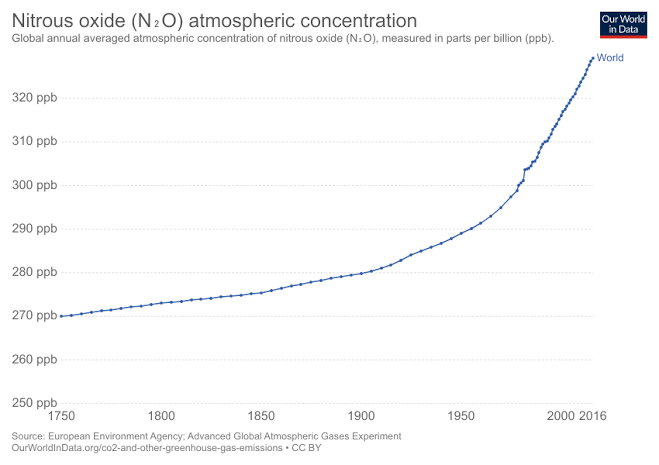 Given these alarming trends, it became imperative to initiate a comprehensive research project which was to monitor the trends in carbon emissions, coordinate between different stakeholders and strengthen various research projects. With these goals in mind, the Global Carbon Project was formed in 2001. It later became a part of the Future Earth Project, a research initiative that works to prepare society for global environmental change and to improve global sustainability. The aim was to help the international science community to establish a common, mutually agreed knowledge base that supports policy debate and action to slow the rate of increase of greenhouse gases in the atmosphere. It was established in through a shared partnership, known as the Earth System Science Partnership, between Diversitas, International Geosphere- Biosphere Program (IGBP), International Human Dimensions Program on Global Environment Change (IHDP) and the World Climate Research Program (WCRP). The stated goal of the project is to develop a complete picture of the global carbon cycle, including both its biophysical and human dimensions together with the interactions and feedback between them.

The Global Carbon Project has established an international consortium of institutions to track the trends in carbon emissions. The project publishes the state of global carbon cycle annually since 2007, which is known as the Global Carbon Budget. The global carbon budget quantifies CO2 emissions for the prior year and apportions it to land, atmosphere, and oceans. This accounting of the carbon cycle allows the research community to understand and monitor the composition, processes, and trends of the global carbon cycle. The carbon budget also provides a definite record of recent trends as well as a determinate idea of permissible emissions to achieve given targets.

Limiting global warming to the 2015 Paris Agreement goal of keeping the global temperature increase this century to well below 2°C, would need carbon dioxide emissions to decline by 50% by 2030 and reach net zero by about 2050. But the Global Carbon Budget projection for 2019 estimates that carbon emissions will grow by 0.6%, with emissions projected to decline in the developed countries, but projected to increase in China, India and most other developing countries. The top six emitters in 2018 covered two-thirds of the global emissions with China being the largest emitter with a 28% share in global emissions, followed by the US with a 15% share, followed by the EU, India, Russia, and Japan.

In addition to the global carbon budget, the Global Carbon Project also prepares regional carbon budgets and promotes the observation of Carbon in the atmosphere, oceanic and terrestrial ecosystems, and analyses global emission patterns and drivers. The Urban and Regional Carbon Management Initiative was launched as a part of the Project, in late 2005, to understand urbanization and urban development pathways from top-down and bottom-up approaches, through a comparative and historical approach to urban, regional and global carbon footprints. This project also provides suggestions regarding effective carbon management. The Project also focuses on policy development for climate mitigation and sustainable development.

As far as India is concerned, it is the fourth-largest carbon emitter (7.3%) after China, the US, and the European Union. World emissions increased by 8.0% between 2017 and 2018, while India’s share in global carbon emissions increased by 0.05% during the same period. Coal has the largest share in fossil fuel emissions. It is also a gigantic source of energy although solar and wind energy sources are increasingly becoming popular.

India is one of the high growth countries and it would substantially help the global cause if we are successful in curtailing the carbon footprint on our growth path. Much of the reduction in the agriculture sector can be achieved by effectively utilizing fertilizers, adopting tillage and utilizing deft water management techniques for rice cultivation. In the energy sector, India needs to increase the share of renewable energy resources and reduce its dependence on coal. 72% of our electricity is generated through coal plants. Coal’s share in primary energy consumption is expected to fall to 48% by 2040, which will still be half of the total consumption. This dependence on coal creates many challenges in the form of lack of efficiency, high capital costs and environmental pollution. However, owing to the slow economic growth, we are still stuck on cheap but high emission fuels, and are unable to adopt oil and natural gas at the required pace. The Government of India has declared its aim to achieve 175 GW capacity in renewable energy by 2022. However, it is faced with many regulatory and tariff issues. According to a note released by CRISIL Ltd., India is likely to miss this target by 42%. Improving fuel quality and ensuring vehicle efficiency through strict fuel economy norms could be some key actions in the area of transport. India also needs groundwater conservation programs, wetland protection, and smart waste management to reduce its carbon footprints.

Attempts are continuously being made to stabilize the climate system; earlier it was the Kyoto Protocol, now, we are trying to achieve that balance through the Paris Agreement. Such accords have tried to tackle the problem which requires achieving harmony between sources and sinks of greenhouse gases. In the future too, carbon concentration and emissions will remain a highly relevant topic and the Global Carbon Project will be more important than ever.