When you enter Almora, the District Headquarters of the Kumaon region, you will see prosperity, abled infrastructure and globalization all wrapped into one, amidst the serenity of the green hills that envelop this Himalayan town. Old colonial buildings, streets swarmed with traditional local delicacies and a whole lot of well maintained government offices, well kept government schools, scattering of ill-conceived primary private schools and a large number of public toilets; all on the same street that caters to the outsiders with its endless hotels, modest eateries and a trail of noisy vehicles.

Almora also has its share of the globalized world with a Mall and several outlets that endorse commodities as necessary end goals of survival. At first glance, it might seem like a place tailor-made for tourists, but in a few hours of your time in Almora, you realise that it only serves as a transit route to other popular travel destinations and isn’t exactly a favourite among the tourists. Though some claimed it’s the “off season” in the Himalayas, unlike Almora, places like Goa, Himachal, Rajasthan and Meghalaya aren’t devoid of tourists or travellers during an “off season”, which means that the crowd on the street is mostly local people going about their daily business, some of which entails passing time and doing nothing for the young and the unemployed. (You can learn this if you are good at overhearing conversations while walking down a street.)

But where does Almora’s employed population go for work? Which are the sectors that employ these people? As mentioned earlier, tourism definitely doesn’t serve as the backbone of economic activities in Almora. Therefore, most people on the streets comprise shopkeepers who run their businesses from 8 in the morning till 7 in the evening, government employees, school and college students, local vendors and wage labourers.

With the aforementioned observations in mind, as The Policy Troupe went through two days of intensive activities spread throughout the day, we gained insight into the life, culture, society, mindsets, intentions and aspirations of the people in Almora in particular and the population of Uttarakhand in general. We learnt that migration (like the rest of the underdeveloped regions of India) is the curse of the region, but unlike most of other such states, migration here means plummeted agricultural and farm sector activities. Meanwhile the non-farm sector is incapable of creating opportunities for sustainable livelihoods because of myriad logistical roadblocks even as agriculture remains a tedious affair with unfavourable realities for a variety of reasons which therefore can not sustain lives. So what about the role of education in aiding livelihood? The disenchanted hold education as a gateway to their escape and for them qualification is the means to a source of income, even if it’s only seasonal and not sustainable in nature. In the follow up to the Almora Deliberation, through our revelations, we aspire for course change as against course correction. 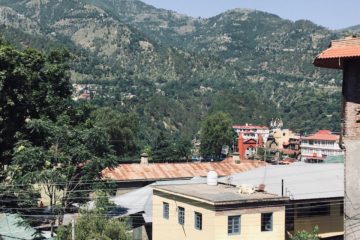 We were at Chamba on the 1st and 2nd of June, 2019 for the second edition of The Policy Troupe. The city is spread out on both sides of the ‘Chaugan’ with an outstanding view Read more… 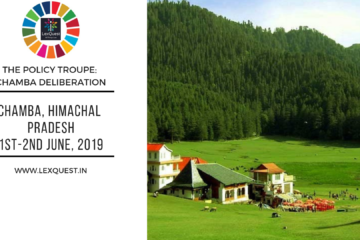 We are committed to facilitate the learning curve for all potential leaders and change-makers as far as policy awareness, formulation and assessment is concerned. The Policy Troupe, our residential policy innovation workshop, has therefore been Read more…

We are committed to facilitate the learning curve for all potential leaders and change-makers as far as policy awareness, formulation and assessment is concerned. The Policy Troupe, our residential policy innovation workshop, has therefore been Read more…