The Kisan Long March of 2018 brought the grave situation of agrarian distress to the fore and built a consensus demanding policy intervention. Thus, the announcement of the PM Kisan Samman Nidhi Scheme (PM- KISAN) came as a form of confirmation of the ongoing agrarian crisis. The sixth installment of the scheme was rolled out by the Government from 1st August 2020. This Central scheme was announced in 2018 to benefit 14 crore small and marginal farmers with direct cash transfers of more than 75,000 crore rupees. Under this scheme, small and marginal farmers holding not more than 2 hectares of land are entitled to receive Rs 6,000 a year in 3 installments. After 2 cycles of the scheme being complete, it is important to look into its success and what it has been able to achieve in real terms.  END_OF_DOCUMENT_TOKEN_TO_BE_REPLACED 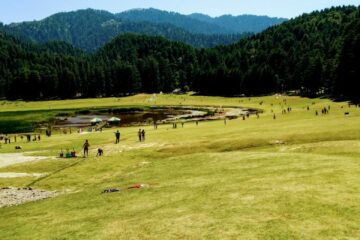 Ever increasing consumption, rapid growth in population and modern production systems have resulted in greater demand for natural resources. Hilly areas of Northern India are particularly vulnerable to the consequences of climate change and indiscriminate exploitation of nature, as they are rich sources of biodiversity and natural resources. In these challenging times, sustainability is the way forward for these areas and sustainable livelihood is an important component of it. END_OF_DOCUMENT_TOKEN_TO_BE_REPLACED

The National Crime Records Bureau, in its report for accidental deaths and suicides, stated that a total of 5,650 farmers have committed suicide in the year 2014. The highest incidents of 2,568 farmers’ suicide were recorded in Maharashtra, followed by 898 incidents in Telangana and 826 in Madhya Pradesh during 2014. The report also mentioned the main reasons behind such suicides in which, ‘Bankruptcy and indebtedness’ topped the chart. According to a report published in September 2015, due to less than 50 percent rain in 2015 monsoon, more than 600 farmers have already committed suicide in the drought-prone Marathwada region of Maharashtra till now. END_OF_DOCUMENT_TOKEN_TO_BE_REPLACED

Need for a Common Market for Agricultural Commodities

India derives approximately 50% of its national income from agricultural business. The marketing of the agricultural produce also varies from nation to nation, from state to state and it even varies within the state. Agricultural market practices need to be uniform in the interest of developing wider markets for better practices. The rising food prices have emerged as a bottleneck for the Government in framing policies. Certain measures should be taken and the Agricultural Produce Market Committee (APMC) Act should be amended to curb the inflation. An efficient marketing strategy is required to be implemented for the development and the enhancement of the agricultural sector. END_OF_DOCUMENT_TOKEN_TO_BE_REPLACED