The preamble to the Indian Constitution provides for the liberty of thought and expression to each and every citizen of the country. This solemn resolve is envisaged in Article 19(1)(a) of the Constitution which provides for freedom of speech and expression to its citizens. This freedom is restricted by Article 19(2) which provides for reasonable restrictions on eight grounds under which the State can encroach on a person’s freedom of speech and expression. Article 19(2) is generally understood as a provision enabling the State to make laws that impose reasonable restrictions on the freedom of speech and expression. In addition to this, Article 19(2) is also a restriction on the State itself as it cannot restrict a citizen’s free speech on any grounds other than those specifically mentioned. Furthermore, the restriction must be made through a law that needs to be checked against fundamental rights. Thus, restrictions cannot be imposed at the whims and fancies of the State. A recent case that reinforces this principle while also improvising the interpretation of the right to access the internet vis-a-vis the fundamental rights is Anuradha Bhasin v Union of India.

Under Article 370, Jammu and Kashmir was entitled to a separate Constitution, a State flag, and complete autonomy over the internal administration of the State. Post the nullification of Article 370 which gave special status to the State of Jammu and Kashmir, violent reactions and protests erupted throughout the State. To limit further violent protests and eruptions, several restrictions were imposed in the State. Internet services were suspended under the Temporary Suspension of Telecom Services (Public Emergency and Public Services) Rules, 2017, newspapers were not allowed to be published and Section 144 of Code of Criminal Procedure (CrPC) was imposed in the State. However, these orders were not circulated among the public. The restrictions not being notified in the public domain posed difficulties for the people to oppose the State’s decision as they did not have any documented proof of the notification and suffered a loss of trade and order due to State arbitrariness.

As an outcome, several petitions were filed in the Supreme Court claiming that the orders were violative of fundamental rights. All such petitions were clubbed together with the Anuradha Bhasin petition. The primary question raised in this case was whether internet services can be suspended by the State without any notification to the public to that effect? The Court acknowledged the procedural flaw in this regard and passed a directive to the State that all orders in force and those to be passed in the future should be notified to the public without fail. The Court also had to look into the issue of whether the restrictions imposed are under the category of reasonable restrictions under Article 19(2). In this regard, the Court ruled that as no time period had been provided for the imposed restrictions and since there was no provision for periodic checks and reviews on the restrictions, it implied that they could not be within the ambit of reasonable restriction under Article 19(2).

Significance of the Verdict

One of the most important aspects of this judgment is that it widened the scope of Article 19(1)(a) which provides for free speech and expression and Article 19(1)(g) which provides for freedom to carry on any trade or profession. The right to access the internet and carry out a trade on the internet were given protection under Article 19 of the Constitution of India. Also, with regard to imposition of Section 144 of the CrPC, the Court observed that this is a remedial measure and should be imposed only in case of an emergency wherein the restriction must be in proportion with the nature of the emergency.

Right to Access the Internet is not a Fundamental Right

The Court observed that in contemporary times the role of the internet as a means of disbursement of information is huge and the free flow of information is a part of the normative construct of the Constitution as well as a mandate under natural law. Taking this fact into consideration, the Court held that the internet is a medium of expression and hence enjoys protection under Article 19(1)(a) of the Indian Constitution. It opined that with the advancement of technology, the judiciary has also recognised the freedom of speech and expression over different media of expression, and hence the internet as a medium of expression should also be a part of Article 19(1)(a) as per the case of Indian Express Newspapers…vs. Union of India & Others where it was declared that expression through the print medium is a part of freedom under Article 19(1)(a).

By holding that the medium of the internet was fundamental with respect to freedom of speech and expression and freedom to practice any trade and profession, the Court gave a rather limited scope to the right to access the internet. Thus, the right to access the internet was not recognised as a fundamental right but was said to be serving as an enabler to the fundamental right guaranteed under Article 19(1)(a) and Article 19(1)(g). That is to say that if freedom of speech and expression or the freedom to practice any trade or profession through the internet is infringed, it should satisfy the test of proportionality and should be within the reasonable restrictions as given under Article 19(2) and Article 19(6).

The Anuradha Bhasin case is a landmark judgment insofar as Article 19 and its restrictions are concerned. While the verdict might have done little for restoration of high speed internet services in J&K, the case has widened the scope of freedoms of speech and expression and freedom to practice any profession or trade under Article 19(1)(a) and Article 19(1)(g) to also include such freedoms exercised through the medium of the internet. The Court looked into the nature of the society progressively and aptly understood the importance of the internet as an important tool for expression and carrying out trade in the present times. Even though the right to the internet has not been declared a fundamental right, every little victory on the way is worth recognising as it can lead the road to acquire the status of a fundamental right for the right to access the internet. 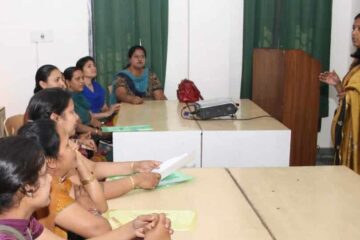 Can EDMC’s new policy improve the quality of education in civic schools?

Over the last few years, India has seen a substantial increase in access to education. However, the impact of rising enrolments has not translated to a proportionate improvement in skilled labor or a reduction in Read more…