The Rivers of My Home: A take on the MoU Signing of Bangladesh and India, and what it may mean for the future of the two nations 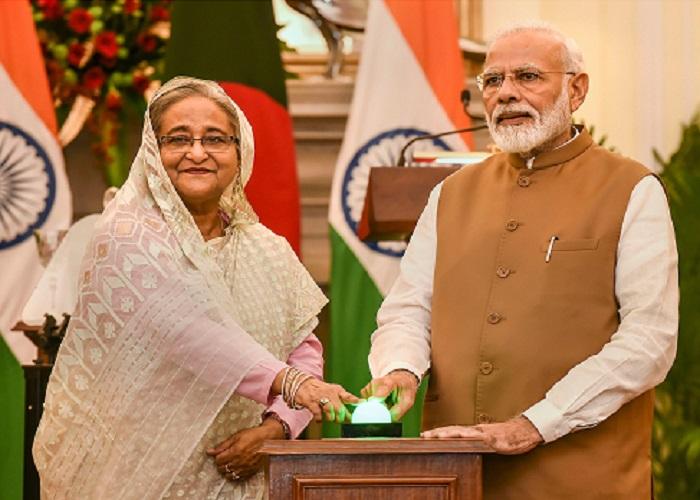 On October 5, 2019, a Memorandum of Understanding was signed between the countries of Bangladesh and India which was a revision and sanctioning of the water ties between the two, including the most attention-drawing decision to release 1.82 cusecs (cubic feet per second) of water from the Feni river to India for a drinking water supply scheme for Sabroom town in Tripura. As part of the memorandum, India is also now allowed to monitor the ports of Bangladesh.

This seemingly harmless event sparked much debate across the two nations, with their populations trying to understand and comprehend the true intentions behind this decision as well as its long-term implications. But to understand why the debate took place at all, it’s important to get a brief into the prolonged and complicated history of water relations between these countries.

‘Water’ is one of the most absolute necessities of life and forms an integral part of any international relations framework for countries across the globe. Unfair ties or unilateral involvement or consumption by one country can cause extreme situations like drought, agricultural downfall, inability to utilize hydroelectricity and many more for another country, directly impacting its growth and development processes.

The relevance of water relations between Bangladesh and India is undeniably important owing to the significant amount of water bodies (54 rivers in total) that they have in common. Only one river out of this share is upstream while the rest move southward from India (Bangladesh National River Conservation Commission), causing India to have the upper hand in the regulation of water flow. Albeit, an Indo-Bangladesh Joint Rivers Commission (JRC) was formed in 1972 to carry out cooperative actions in regard to the usage of the common rivers.

The Ganges, the Brahmaputra, and the Meghna river systems from India drain through Bangladesh into the Bay of Bengal. Contemporarily, the Ganges river and the Teesta river form the two most disputed requirements by Bangladesh when it comes to the sharing of these water bodies since these rivers are a source of many smaller rivers moving downstream in North and North-Western Bangladesh. A treaty signed in 1996 by the two neighbors allowed the common utilization of water from the Ganges, but many unclarities within the treaty caused the treaty to appear somewhat “superficial”. For instance, it’s “non-consideration of the uppermost riparian nation-Nepal, meaning that it takes neither a whole-of-basin approach to river management, nor does it factor in the effects of upstream use of the Ganges on water availability at the Farakka Barrage, causing the eventual unequal apportioned flow received by Bangladesh” as noted by Paula Hanasz, in 2014.

“The Farakka Barrage” is a controversial dam built near the Bangladesh border back in 1975, which was termed as India’s “symbol of policy power” by Dieter Reinhardt, a political scientist at Germany’s Rhine-Waal University, due to the consecutive repercussions of the dam observed through major cases of water scarcity across north-western Bangladesh since maximum water was being diverted to Kolkata. The dispute didn’t see much light due to constant mis-coordination between the two governments. Until August 2019, where the redressal of the issue was finally taken up and the Prime Minister of India, Narendra Modi and Prime Minister of Bangladesh, Sheikh Hasina agreed upon the carrying out of a feasibility study for the proposed Ganga-Padma Barrage Project in Bangladesh which would instil optimum utilization of the water Bangladesh receives, as per the treaty. 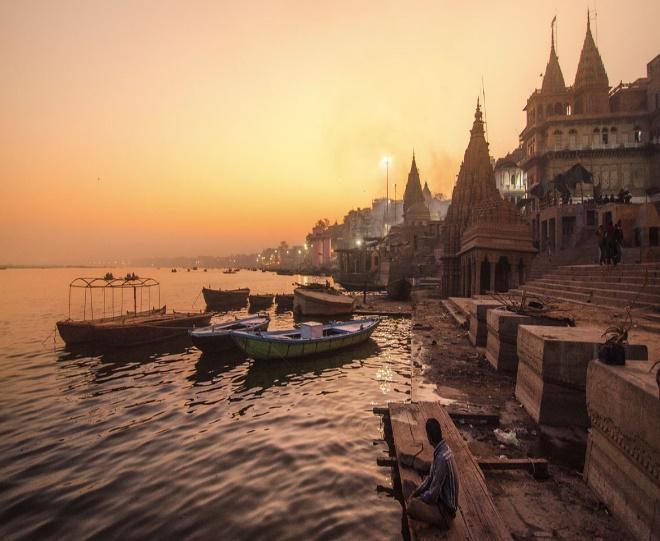 (The River Ganges, a hub of culture) 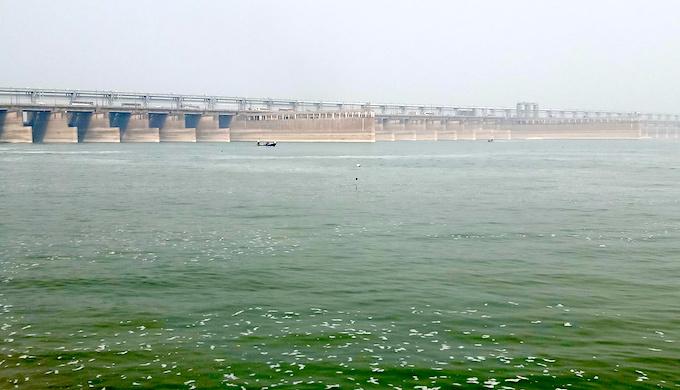 The case of the Teesta river, on the other hand, has been on the receiving end of quite lesser luck. The Teesta river dispute first arose due to the ill-conceived and unilateral-purposed building of dams by India, across many trans-boundary rivers such as Teesta, Gumti, Khowai, Dharla, Dudhkumar, Monu, etc. as well as the blocking of many rivers flowing from Tripura to Bangladesh. (Islam, 2012). A water-sharing agreement regarding the river was proposed as an attempt to correct this wrong in 2011 when the Central Government of India fully endorsed the treaty but the processions took a downfall when a strong opposition was witnessed from the Chief Minister of West Bengal – Mamata Banerjee, who maintained that the treaty would result in agricultural harm in the region. The dispute was finally addressed at the previously mentioned meeting of the two leaders of the neighboring countries (August 2019) declaring that “India is working hard to conclude the issue of the Teesta River”. 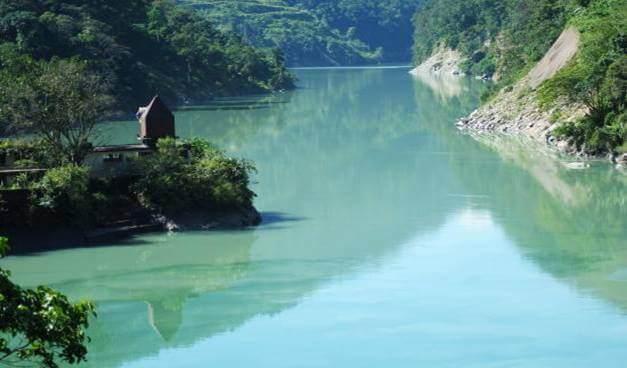 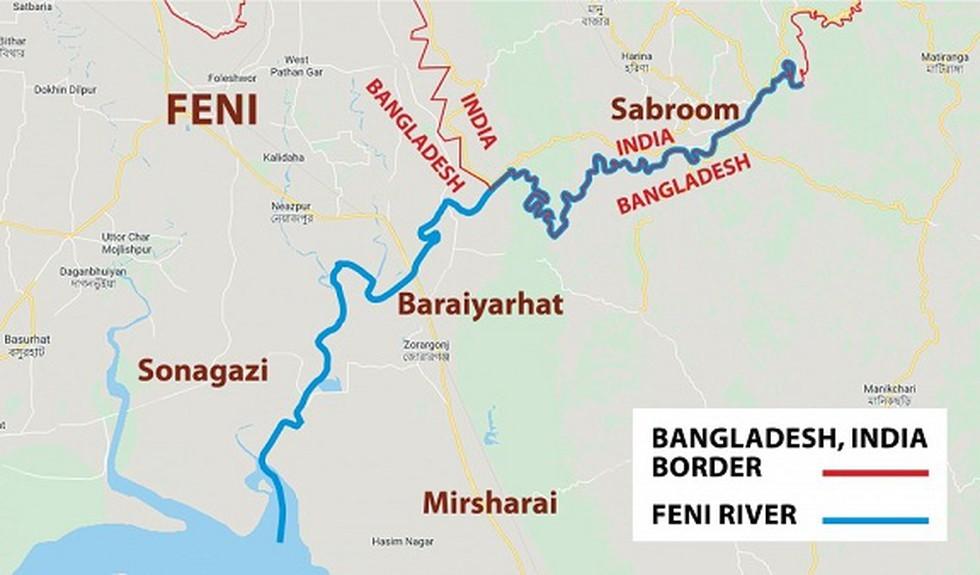 (A map of the Feni River layout across the two borders)

The Feni River is a part of the border between India (Tripura State) and Bangladesh (Khagrachari district) as it originates in South Tripura District, then crosses Sabroom, a town on the Indian peninsula, and finally joins the Bay of Bengal after entering Bangladesh. The disputes regarding the river are said to date back to many decades ago. “During the British rule, the dispute over river Feni first arose in 1934 when Tripura was an independent princely state,” as stated by Tapas Dey, a historian. This debate continued even after India achieved independence. The government officials in the State declare that “in a total catchment area of 1,147 square km of the river, 535 square km falls in India and the rest in Bangladesh.” It’s important to observe that a significant amount falls in both nations and thus reasons their reliance on the particular water body.

The conflict regarding the Feni river was first addressed at a Secretary-level meeting that took place between India and Pakistan (before the independence of Bangladesh) in 1958, in New Delhi. The Daily Star, a Bangladeshi newspaper, stated that “India was already involved in unilateral water consumption from the river through small pumps placed at their side.” This stands to reason as the river-supporting region in India was largely rural and agricultural-based. Although, the issue wasn’t settled until the Secretary-level Joint Rivers Commission (JRC) meeting in August 2019 which preceded investigations into the water-sharing agreements of seven rivers taken up by the JRC including Manu, Muhuri, Khowai, Gumti, Dharla, Dudhkumar, and Feni. Given the rising issue of drinking water scarcity in Sabroom, Tripura, an understanding was reached between the two prime ministers and the MoU was finally signed in October 2019.

Significance of the Treaty

On the Indian Side

It is quite clear on how India stands to benefit from the treaty. The Sabroom region will finally be able to resolve its drinking water scarcity problem. It will also reduce the causes of diseases and deteriorating health which was an oncoming result of the reliance on groundwater for drinking purposes taken up by the people of the town. The treaty is set to benefit a population consisting of 7000 individuals. India is also looking forward to complete building a 150m long, 4-lane wide bridge across the river, between the borders of the two countries, to act as an “economic corridor” through India, Bangladesh, China, and Myanmar. (Indian Express, 2019)

On the Bangladesh Side

The population of Bangladesh is still in two minds about the impacts of the treaty and the usefulness of the subsequent withdrawal from the river. As an attempt at reasoning, the government of Bangladesh released an official statement which concluded that the act was a matter of humanitarianism depicted by the home country to maintain goodwill towards India on their part; this was emphasized by the Foreign Secretary, Md Shahidul Haque in an interview with the BBC.

On account of the impact on the water quantity flowing to Bangladesh, Professor Ainun Nishat, a specialist, stated to ‘The Business Standard’ that he believed that “the agreed-upon withdrawal of water is very little in quantity.” He explained, “Since the river has a minimum flow of 794 cusecs of water even during the dry season, the amount of water agreed upon for withdrawal will not have much impact.” This statement was supported by another scholar, Professor AKM Saiful Islam of the Institute of Water and Flood, Bangladesh University of Engineering and Technology (Buet) who noted that the agreed-upon water is indeed “little” and will not have much consequence over the Feni River.

Prospects for the Future

Many would agree that the newly formed Treaty has opened up opportunities for ameliorating the dialogue between India and Bangladesh and as a result, the chances of constructing strong and functional water ties, as well as improving the ones already created have risen manifold. However, debates do not cease among the celebrations. Time is the only key to finding out how the future unfolds but for the purpose of prospecting a future and also sparking a discussion, I’d like to highlight some important aspects of the debate.

As a result of the treaty, India is also proposing to build a Special Economic Zone that would act as an export hub. Rubber-based industries like tyres, textile and apparel industries, bamboo industries, and farm-based processing industries will be supported by the hub. This is where the concern comes in since concentrated industrial clusters can portray an integral impact on the ecology, especially in the usage of water. A journalist on the issue states, “many examples throughout India’s history showcase overexploitation of rivers, for instance, downstream of the Farakka Barrage, which is a bone of contention between India and Bangladesh. Given India’s poor record of environmental protection, matched by its neighbors, any pact on sharing of river water also carries with it concerns of riverine degradation and threat to the region’s ecological balance.”

APEC Forum, 2020: Addressing the pandemic and the road to recovery

The 27th APEC Economic Leaders’ Meeting was convened on the 20th of November, 2020 with the presence of all 21 members of the organization for the first time in two years, as the annual meeting Read more…

The Land of Serendipity in Communal Trouble

By Samridhi Talwar, University School of Law and Legal Studies, New Delhi. The land of serendipity, full of immense flora and fauna, enriched with history, an abode to multifarious ethnicities, cultures, and languages, sitting at the Read more…

By Kaushiki Kar, South Calcutta Law College, Kolkata. Right to life is one of the basic human rights and not even the State has the authority to violate that right. Protection of life and personal liberty in Read more…