The concept of co-operatives is not new to man. It actually dates back to man himself and today they are a universal form of organisation, which is found in almost all the countries.

So what basically is a co-operative? As we know that the word ‘cooperation’ means working together, similarly a ‘co-operative’ is, when isolated and powerless individuals come together and combine their resources to achieve common economic and social goals. The basic philosophy behind a co-operative is self-help through mutual-help which also fosters a feeling of fellowship amongst their members and inculcate moral values in them for better living. In literal terms, cooperatives are an autonomous association of persons who come together voluntarily to meet their common economic, social and cultural needs and aspirations through a jointly-owned and democratically-controlled enterprise. For example: AMUL (Anand Milk Union Limited) is the trademark of Gujarat Co-operatives of milk product and it is considered as one of the biggest cooperatives of India today. Dairy farmers of the Anand Union collect their milk which is then used to make pouch milk and other products and the profits from selling these products is distributed amongst the farmers. Each dairy farmer is a shareholder of the cooperative and they earn on the basis of their milk investment.

The co-operatives play an important part in the development of our Country, as India consists of both urban and developed parts, and rural and underdeveloped parts. In fact, most of the population belongs to the rural areas and engages in agricultural activities and without their development, India can never really develop. The co-operatives have always strived to alleviate poverty and help the poor by providing them agricultural credits and funds, and to meet their consumption requirements at concessional rates. The Rural Credit Co-operatives set up under NABARD (National Bank for Agriculture and Rural Development) are one of the major sources of rural financing in India. Co-operatives are always preferred over private banks as the main goal of a co-operative is not to earn profits but to help its members.

But the co-operatives which were essentially formed to help people overcome their financial problems were infected due to various reasons. There were instances wherein the elections were postponed for an indefinite period of time and the incumbent remained in-charge and many a times people who were/are in control of the  cooperatives were/are actually the people who have joined cooperatives for personal gains. This causes conflict of personal interests with the interest of the cooperatives and subsequently affects the performance of the cooperatives in a negative way. Earlier, inadequate professionalism on the part of the co-operatives was observed to a great extent, which resulted in low productivity and poor services. There was also a lack of active participation of members in the management of cooperatives. Members are the fundamental stakeholders of any cooperative as the growth of the organisation solely depends on their patronage. But unfortunately, neither the members are aware of their role; nor are the other stakeholders like the management committee, employees, government, etc. ready to recognise and respect this role. Members must realise that their eternal vigilance alone can guarantee the autonomy, independence and progress of their cooperative as they have always wished the case to be.

According to Luzzati, a famous Italian cooperator, “A cooperative with vigilant members and a weak financial base will be preferred to a cooperative with casual members having strong financial base”. The government could be blamed at the outset, as it gave too many benefits to cooperatives, for e.g., reservation of items, some extra benefits like finance facilities, but no accountability which led to these cooperatives becoming more and more lethargic. They became over-dependent on government assistance which led to outside interference, in turn ruining the quality and essence of the co-operatives. Hence, there was a need for uniformity in cooperative legislation, particularly in respect of aspects crucial for autonomous and democratic functioning of cooperatives. That is when the Constitution (97th Amendment) Act, 2011 came into play. 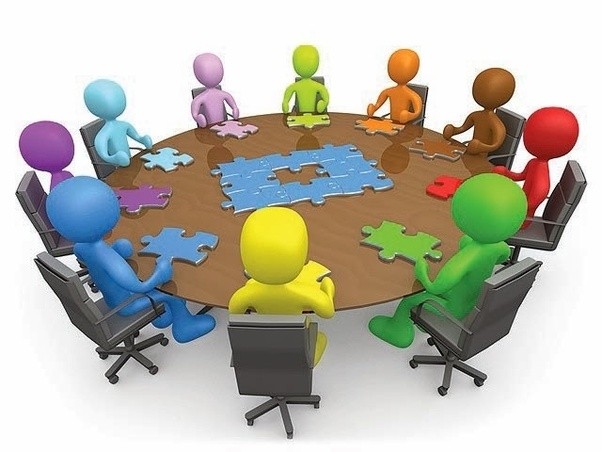 The Constitution (97th Amendment) Act, 2011 relates to the cooperative societies working in India. It aims to overcome all the problems faced by these societies and bring about an efficient way to manage them. It aims at encouraging economic activities of cooperatives which in turn will help rural India progress.

The Amendment has brought about a number of significant changes in the Indian Constitution. A new Part IXB was inserted right after Part IXA (Municipals) regarding the cooperatives working in India. This part contains provisions relating to the incorporation, board structure, election of members and board directors, application of this part among others, etc in order to bring about uniformity in the process of election of its members and board of directors and therefore solve the problems faced by them in respect of such issues.

The word “cooperatives” was added after “unions and associations” in Art. 19(1)(c) under Part III of the Constitution. This enables all the citizens to form cooperatives by giving it the status of fundamental right of citizens. Also, a new Article 43B was added in the Directive Principles of State Policy (Part IV) regarding the  “promotion of cooperative societies” which says that the State shall endeavour to promote voluntary formation, autonomous functioning and professional management of the cooperative societies. The Manipur State Co-operative Union (MSCU) organized a District Level Seminar at Kangpokpi on April 3, 2018; the theme being “Empowering of women and weaker section through digitization” keeping in mind the Union’s objective of propagating the spirit of cooperation to bring mass development through cooperative movement in the State, while focussing on empowering women and the weaker section through digitalization. The event was sponsored by the National Cooperative Union of India, New Delhi.

The Act also addresses the problems faced in terms of representation, thereby ensuring one reserved seat for the SC/ST and two for Women on the board of every cooperative society. The Vice-President of the Karnataka State Souharda Federal Cooperative, Mr. Gurunath Jantikar felt this to be a progressive move and that the amendment would strengthen cooperatives and prepare them to face challenges like foreign direct investment in sectors like retail trade.

Such a constitutional provision was urgently required, as the woes of the cooperative sector are far too many, long-lasting and deep-rooted to be addressed under the present legal framework.