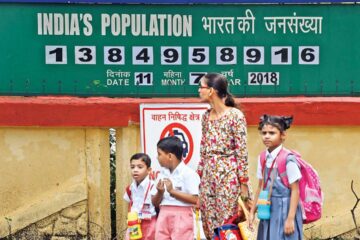 The National Family Health Survey (NFHS) is a large, multi-round survey conducted in a representative sample of households throughout India. The survey provides State-wise information for India on fertility, maternal and child mortality and nutrition to name a few domains, to collect essential data on the health status of the population. Till date, 5 such surveys have been rolled out, the first being in 1992-93.

NFHS-5 (2019-20) was released on 12th December 2020 by the Union Minister of Health and Family Welfare Dr. Harsh Vardhan- the indicators of evaluation in the survey being areas such as population, family health, reproductive and child welfare and domestic violence to name a few. END_OF_DOCUMENT_TOKEN_TO_BE_REPLACED 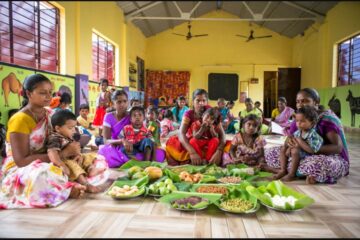 On 8th March 2018, Prime Minister Narendra Modi launched the POSHAN Abhiyaan to attack one of the most critical evils of India-malnutrition. Prime Minister’s Overarching Scheme for Holistic Nutrition (POSHAN) Abhiyan brought about a significant shift in the country’s approach in dealing with malnutrition, transitioning into mission-mode envisaging multi-dimensional attacks on the causes of the problem and related issues. A planned launch on International Women’s Day was not an empty symbolism either, but a forebear of the mission’s focus on women through guided efforts to enhance nutritional outcomes for children, pregnant women, and lactating mothers. END_OF_DOCUMENT_TOKEN_TO_BE_REPLACED 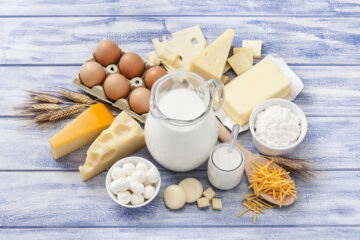 In India, the food labeling policy is regulated by the Food Safety And Standards (Packaging And Labelling) Regulations, 2011. The Regulations provide that there should be a distinct declaration on the pre-packaged foods about their vegetarian (through green dot) or non-vegetarian (through brown dots) content in the form of visible marks. The regulations classify any food article that is not ‘non-vegetarian’ as ‘vegetarian’. In doing so, they exclude animal-derived milk or milk products (commonly referred to as dairy products) from the scope of the non-vegetarian food category. Therefore, presently, for any consumer purchasing food products in India, it is nearly impossible to distinguish dairy products from vegetarian products. The problem with the policy of categorizing dairy products as vegetarian lies in the fact that dairy products are not plant-derivatives but derivatives of milk which is a product obtained through milch animals such as cows and buffaloes. END_OF_DOCUMENT_TOKEN_TO_BE_REPLACED 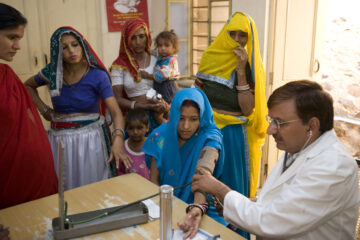 National Health Policy, 2017: A Favorable Development with Room for Change

The Constitution of India makes every State responsible for “raising the level of nutrition and the standard of living of its people and the improvement of public health as among its primary duties”. But the healthcare system in India exhibits numerous challenges in its access, affordability, quality and coverage in urban and rural areas. To tackle the challenges of the healthcare system, the government of India has introduced numerous schemes and brought about changes in its existing policies. One of these changes was the introduction of National Health Policy (NHP) in 2017. Fourteen years after the NHP of 2002, the new health policy was introduced in the context of rise in non-communicable diseases, enhanced fiscal capacity, emergence of a robust health care industry and increasing healthcare expenditure by people. Through the National Health Policy of 2017, the perspective of health has changed from cure to prevention to lay the foundations of a proactive approach in the health sector. END_OF_DOCUMENT_TOKEN_TO_BE_REPLACED 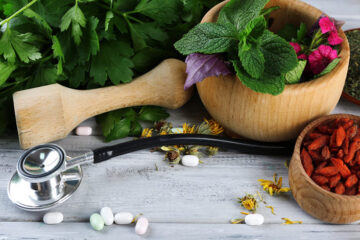 The National Commission for Indian System of Medicine Bill, 2019 was formulated to integrate the medical and research institutions dealing with the Indian System of Medicine (ISM), under a national commission.The necessity of this Bill was in question because of the existence of the Central Council of Indian Medicine under the Indian Medicine Central Council (IMCC) Act, 1970, both of which the Bill seeks to replace. END_OF_DOCUMENT_TOKEN_TO_BE_REPLACED 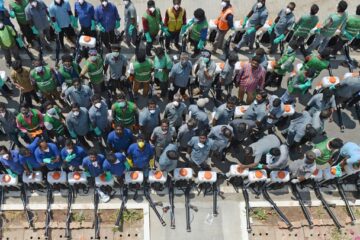 The most developed countries, despite their vast and advanced health care facilities still cannot effectively deal with the COVID-19 situation without a top-notch approach in policy making and implementation, as is the case with the USA. More importantly, there is a strong need for action to ensure that these policies do not hinder the extension of the non-COVID related health services to avoid an even worse state of public health. END_OF_DOCUMENT_TOKEN_TO_BE_REPLACED

The Mental Healthcare Act, 2017: An Analysis

The life of a person is characterized by his physical and mental well-being. Mental health means the ability of a person to set up a balance in life. Physical well-being of a person means coordination between different body parts and organs. Mental well-being is a psychological term. It affects a person’s emotions and efficiency. Mental illness refers to mental disorder characterized by alterations in mood or behavior. Psychologists, psychiatrists, nurses, etc. can help in the treatment of mental illness with the help of proper medication, counseling and therapy. END_OF_DOCUMENT_TOKEN_TO_BE_REPLACED

A country is born and brought up by its citizens. These citizens are the ones that rule the country and endow upon themselves the burden and struggles of keeping the country perfect for human civilization. Yet, many a times, the protection and provision of basic amenities for its people have been neglected. However presently, certain States in India have started realizing the need to mend the health and fitness of its people. One of the most common propositions brought up by the State Government of Andhra Pradesh, is the Balamrutham programme. As of now, it is on hold due to the bifurcation of the State into Andhra Pradesh and Telangana. Nonetheless the strategies and the initiatives brought in through this programme are commendable. END_OF_DOCUMENT_TOKEN_TO_BE_REPLACED

RSBY was launched by the Ministry of Labour and Employment, Government of India to provide health insurance coverage for Below Poverty Line (BPL) families. The RSBY was launched with the objective of providing protection to the BPL households from the financial liabilities arising out of the health shocks that involve hospitalisation. Unorganised sectors belonging to the BPL category along with their family members (a family unit of 5) are eligible to be benefited under the scheme. The identification of the beneficiaries will be done by issuing a Smart Card. RSBY is a secondary insurance program with its coverage restricted to the inpatients and excluding outpatients. Its coverage is restricted to family units and providing insurance cover to family members. It does not include in its ambit the individual level health screening, treatment or follow up. END_OF_DOCUMENT_TOKEN_TO_BE_REPLACED

Review: ‘My Name is Mary Sutter’ by Robin Oliveira

This riveting saga takes place in New York, during the American Civil War in 1861. Enter Mary Sutter, much respected, remarkable and adept midwife who’s sole intent is to become a surgeon and to prove equal to any man. But sadly, medical schools refuse to teach women and repeatedly turn her down. Mary suffering from a broken heart, heads off to Washington DC where Dorothea Dix having persuaded Abraham Lincoln, recruits a band of nurses to tend the Civil war wounded and, serve the army doctors. Further, she is assisted and encouraged by two surgeons who both, infatuated, fall for her and help her in every possible way in the hope that one day, she will establish her medical career. The book chronicles not only the story of miss Sutter but of each and every soldier involved in the war suffering at the hands of corrupt politicians, incompetent generals and surgeons who are forced to amputate several limbs in filthy and noxious camp sites.