Development and Environment : Trends and Transformations

Development as an idea is still for many, nothing but westernized urbanization projects that seek to transform all places of habitat into large centres of efficiently patterned production centres with huge output and technical sophistication. The model centres that are often held up as successful developmental projects include the likes of Hong Kong, Taiwan and the like which have often been termed as Asian Miracles for the fast rate of growth they achieved in the early 1990s. However, developing countries often have to make hard choices regarding the trade-offs associated with economic progress on the one hand and plundering of the natural environment on the other. Richard J Ferris Jr. in his paper titled “Aspiration and Reality in Taiwan, Hong Kong, South Korea and Singapore: An Introduction to the Environmental Regulatory Systems of Asia’s Four Dragons” gives a good account of the varying degrees of success that these 4 countries have faced in the integration of environmental concerns within the wider paradigms of development policy.

For instance, Taiwan’s rapid economic growth posed challenges to its management of water pollution as many of its rivers were threatened with “biological death” as well as issues surrounding its growing power requirements for which it constructed nuclear facilities generating large amounts of toxic waste with no plausible disposing area. Some of these challenges have been handled well, for instance in Singapore and South Korea with appropriate legislation and cultivation of general awareness and education. In Singapore, for instance, the country was one of the first to introduce a separate ministry for addressing environmental concerns with the establishment of the Ministry of Environmental Affairs. Apart from the cases mentioned above, much of the developing world has struggled to reconcile the problems of development and environmental protection by not being able to create either efficient institutions or legislation that has a strong legislative will and public backing through education policies as achieved in Singapore. The overbearing focus on development has meant that there has been overemphasis on indiscriminate production in the form of unplanned urbanization drives that do not consider aspects of social and ecological balance.

The indisputable fact of our times is that economic development has in many cases taken on a largely narrow meaning that essentially masks urbanization as the model of development and this has created the dire conditions that we face today in terms of climate change. The most basic aspect of this is the requirement of land for factory-production and subsequent settlements. In India, this problem has taken on various dimensions and has often been a reason for popular movements against government occupation of land for e.g. the Narmada Bachao Andolan in protest against large scale dam construction on the river Narmada which put hundreds of villages under the threat of permanent flooding and a drastically altered ecological balance. India has been obsessed with industrialization as the overriding model of development ever since the tenure of Nehru who was impressed with the Soviet model of state industrialism. The same mentality has dominated themes of development in modern times.

The idea of development as indiscriminate plundering of natural resources without accountability came under deserved critique ever since the 1972 publication of the book “Limits to Growth” which came as a result of the combined efforts of a great many individuals collectively known as the “Club of Rome”. In the book, the authors and researchers put forward the thesis that the complex modern problems thrown up as a result of the arrival of the information age and the nature of industrial expansion, a growing worldwide population, issues of poverty, malnutrition and rapid depletion of nonrenewable resources, were all dynamic in nature and required unique solutions. Their final conclusions were somewhat stark and drew the world’s attention on these issues for the first time in a collective capacity. The group opined that if the then existing growth trends in world population, industrialization, pollution, food production, and resource depletion continue unabated, the limits to growth on the planet would be reached sometime within  one hundred years and that would in turn be followed by a dramatic fall in population and industrial capacity. The problems that this book spoke of have only become more widespread and prevalent in the world today.

The report draws our attention to certain unavoidable contradictions that lie at the core of the environment development debate. The dramatic rise in industrial production also leads to dramatic increases in industrial waste which gets dumped into water bodies and results in widespread contamination and destruction of biological diversity. Another example is that as an economy develops and more people buy luxury goods such as cars and air conditioners, carbon emissions increase as a consequence. These are fundamental realities which pose challenges to our developmental paradigms and its important to figure out dynamic solutions for these inescapable realities. The decision of the Delhi Union Government in India to manage fuel emissions by assigning odd-even days to legal allowance of operation of different cars is a good example of the kind of innovative solutions required today to tackle environmental issues that may inevitably arise out of developmental policies.

Another massive fallout of the mainstream developmental policies is the phenomenon of overcrowding in cities that have a wide range of adverse consequences for the environment. According to the World Cities Report (WCR) released by a branch of the United Nations (UN), approximately half of the current world population lives in urban areas and this number is only expected to multiply in the coming years at a breathtaking rate as more and more people look to benefit from the mass exchanges that take place in an urban marketplace giving them plenty of opportunities for income and sustenance. The growing urban population across the world and subsequent challenges based on poverty (especially in developing countries), global environmental threats, threats to human security arising out of issues of terrorism and forced migration, are sure to present widespread challenges to the balanced functioning of urban life in relation to the themes of development. 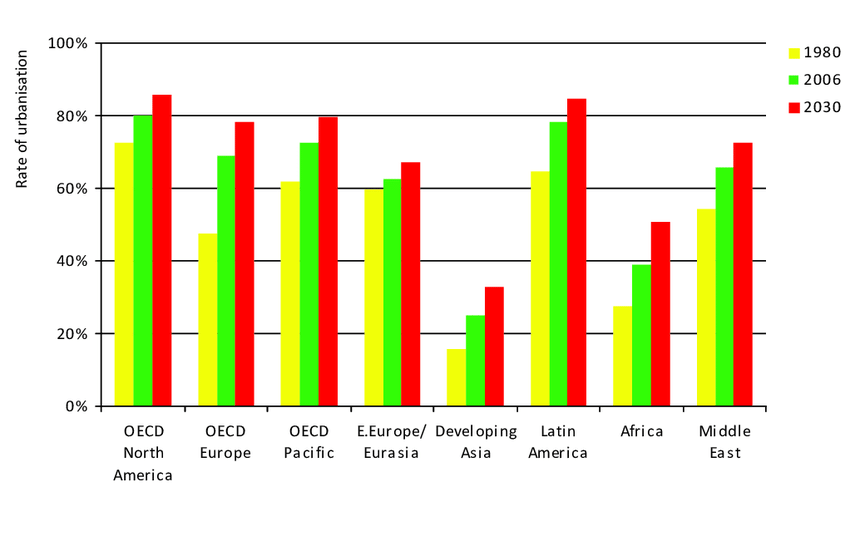 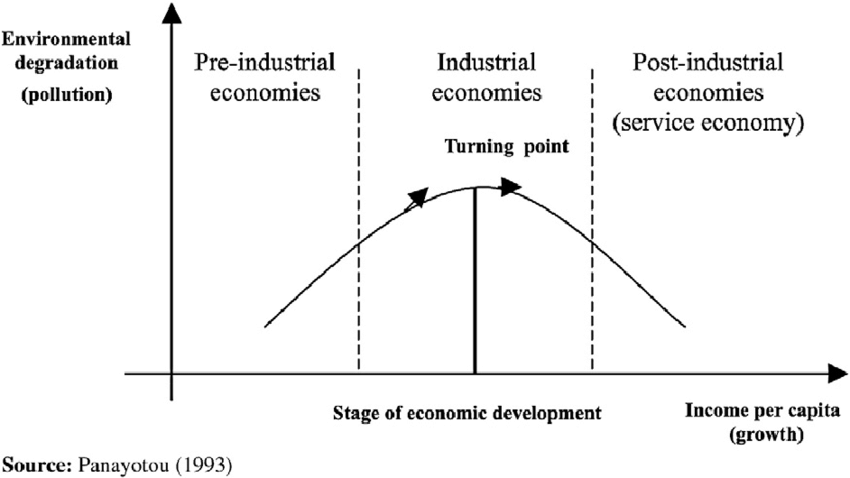 The UN Habitat Conference of 1996 in Istanbul was the first platform where the world collectively accepted the unfortunate fact that the existing models of urbanization and development were simply not environmentally sustainable and that new ideas were required to confront the changing dynamics of the nature of threats to human civilization and well-being. The images of urban high rises going up next to scanty slum areas are now widely circulated all over the media. The favelas in Brazil, the worker-slums in the middle-east, Dharavi in Mumbai etc are a few amongst numerous examples where urbanization and globalization masked as development has left many people behind. In many of these slum areas, lack of adequate sewage facilities and sanitation lead to the prevalence of numerous air and water borne diseases that in turn affect the overall environmental quality of the entire region. 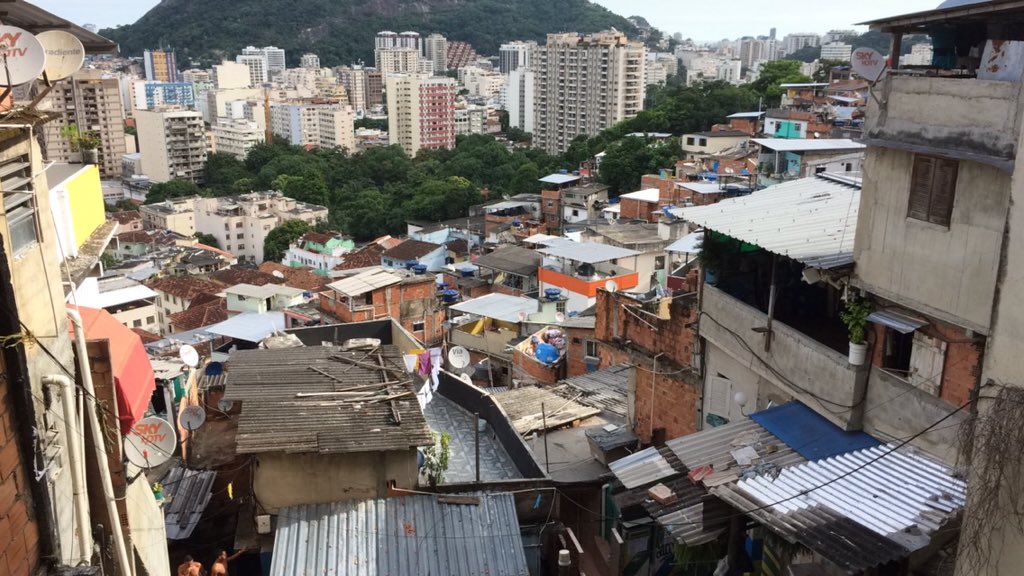 It is vital to point out that in many cases, especially in the poorest sections of the world, focus on urbanization as development has actually led to the betterment of lives and progressive development such as declining infant mortality rates. But it is all too often the case that the environmental consequences are seldom taken into account and are largely treated as collateral in moments of casual retrospection. The global north-south divide represents another dimension to this problem which explores the role of developed countries in facilitating the developing nations with the adequate resources and technology so that they are aided with state-of-the-art avenues to try and curb their emissions and manage environmental costs. The doctrines of sustainable development have given conceptual direction to the difficult question of integrating the twin pillars of environmental safeguards and economic prosperity by tailoring the development needs of today with resource preservation ideals for tomorrow. Developing countries also need to explore alternatives to this ‘urbanization as development’ theme by drawing on their indigenous historical experiences and seeking to harmonize elements of modernity with parts of native civilizational culture. In countries which have tribal populations, their inherent role in managing and conserving forest lands should not be underestimated as they represent alternative modes of development that need not be synonymous with urbanization. Focus needs to shift on policies that affect basic requirements of sustenance for majority of the population as opposed to the virtual indicators of growth. The correlated issues of rapid urbanization drives, water resource management and energy security should all be part of a broader discussion on how development policies should be conceptualized. The experience of the East Asian countries in many respects serves a good blueprint for how these contesting themes maybe somewhat reconciled. It remains to be seen whether the international community as a collective can implement and execute ideas of sustainable development as scarcity looms, trade wars escalate and nations face a diverse set of challenges that test their entire spectrum of governance and management systems.