Published by LexQuest Foundation on May 27, 2021

Policies are clear plans about how a social, political, or economic vision will be achieved and how ideas will be implemented as actions. Policy advocacy can be defined as efforts taken by organizations or groups of individuals to promote a governmental policy and champion it with the help of resources such as groundwork, detailed research, social media marketing, public education, lobbying, and litigation. Policy advocacy can be symbolic and a representation of true democracy being practiced in a free nation. Policy advocacy is initiated by citizens, acting individually or as a collective (Reid, 2001) often represented by nonprofit organizations (Reed, 2006). To elaborate on the tools for policy advocacy, organizations can resort to building public favor by addressing the policy and whether it needs to be implemented, improved, or prevented. In a country like India where a myriad of marginalized groups exist, steering government policies towards the right direction becomes an important job for the Non-Governmental Organisations/Civil Society Organisations and various other organizations who work with the people on a grassroots level. The first step would be to detect the loopholes in a particular policy- this can be achieved by doing subsequent research and collecting data. The research would just not be limited to finding faults but it would also help generate solutions to bridge the gaps. The next and the most important step is to involve stakeholders of the society who are directly affected by the policy decisions and also the ones who would actively contribute to correct the policy to achieve its goals (for the betterment of the society). The final step lies in execution which requires lobbying and providing the decision makers with solutions through findings accompanied by the voices of the concerned citizens who were mobilized by the organizations.

The ultimate goal of policy advocacy is to benefit society as a whole. The following examples of policy advocacy give us an insight into how various tools can be effectively used to build strong policy recommendations which entail aspirations of the local citizens and probable solutions.

The above case studies give an insight into what Civil Society Organizations or Individuals did to initiate policies or changes in policies. In our first case study, we can observe that the organizations were already working with individuals for several years. This led them to know the issues at hand as they were directly in contact with the affected individuals by interacting with them through member-based committees and clubs. Civil society can influence public policy only to the extent that it has the experience and present presence and activity at the ground level. Policy advocacy succeeds only if they can show their evidence of the results on the issue at hand, based on their work at the grassroots level. What organisations can try to do is advocate what is known as ‘evidence-based policy’ (A.Kumar, 2012). The case study for pavement dwellers in Mumbai shows that a systematic and precise approach to research can make your claims stronger and can in some cases act as a catalyst in formulating policies. The SPARC, Mahila Milan, and the NSDF had already proved themselves as helpers to the community with their previous work, and so were able to take up a bigger issue with probable solutions to the government.

In our second case study, we see the efficient use of Public Interest Litigation (PIL) which is the primary tool of policy advocacy available to the common public and can lead to policy changes. PIL filed by a particularly renowned group of experts, such as the Indian Orthopaedic Association in our case study, helps the advocacy considerably. This is because a panel of experts who have studied the problem are more capable of being the mediator between the common people and the government. A strong legal framework that makes it easier for concerned citizens to approach the Courts fearlessly to put their point forward can greatly help the cause of policy advocacy in India.

In our third case study, policy recommendations are based on the primary survey which was done by including the farmers to understand the core issues concerning millet farming. The policy recommendations gained more acknowledgment with the involvement of the right team of agriculture and social scientists. To make the recommendations a reality, policy advocacy was carried out by conducting national and international seminars with the Government and self-governance bodies. Print and electronic media were other tools that were effectively put to use to disseminate information to various stakeholders in society.

It can thus be observed that policy advocacy is not just limited to litigations and extensive research, it also involves sensitizing, organizing, and mobilizing people at local community levels (and various other levels). Collective efforts of the citizens along with extensive research and lobbying by organizations is the key to effective policy advocacy- advocacy which would bring about an actual change in how policies are made and implemented. 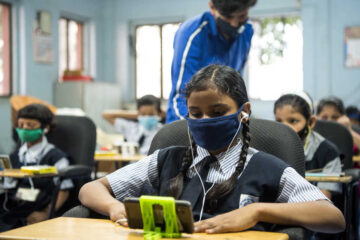 Bridging the Chasm of a Digital Divide: How will the Indian Government’s Bid for Regulating EdTech Companies Impact India’s Underprivileged Children?

Malcolm X, a noted human rights activist, and a US minister, had once remarked, “Education is the passport to the future, for tomorrow belongs to those who prepare for it today.” These words hold good Read more…

Can EDMC’s new policy improve the quality of education in civic schools?

Over the last few years, India has seen a substantial increase in access to education. However, the impact of rising enrolments has not translated to a proportionate improvement in skilled labor or a reduction in Read more…