Bridging the Chasm of a Digital Divide: How will the Indian Government’s Bid for Regulating EdTech Companies Impact India’s Underprivileged Children?

Malcolm X, a noted human rights activist, and a US minister, had once remarked, “Education is the passport to the future, for tomorrow belongs to those who prepare for it today.” These words hold good even today, perhaps more than they ever did. As our society develops more and more technologically, education has quickly become a basic necessity, not just for daily survival but also upward social mobility. However, in the era of COVID-19, with the restrictions on physical contact, online modes of learning have become a boon for society. Even before the pandemic, online learning companies and platforms had been steadily growing, but the pandemic has catapulted this growth manifold. With the necessity of online learning and homeschooling, more and more students have been turning to these education technology (EdTech) companies to look for education aid, especially since usual tuition and coaching classes are also unavailable, which has also brought in a lot of investment in the market.

However, until recently, EdTech companies in India remained unregulated, with there being no government records on the number of EdTech firms operating in India. There were no measures to prevent monopolization or cartelization in this increasingly lucrative market. Furthermore, there were many questions regarding the approach of these companies towards education- highly focused on the technology and the user, without adequately involving other stakeholders such as parents and teachers. Also, there have been questions regarding the accessibility of EdTech courses across various strata of society. Access to such courses requires access to electronic devices, electricity, and data packs at the bare minimum, not to mention that most of the course content on these platforms is catered towards students from middle-class or wealthy families from major towns and cities. On the other hand, there has also been a lack of transparency and accountability on the part of EdTech companies regarding their claims. 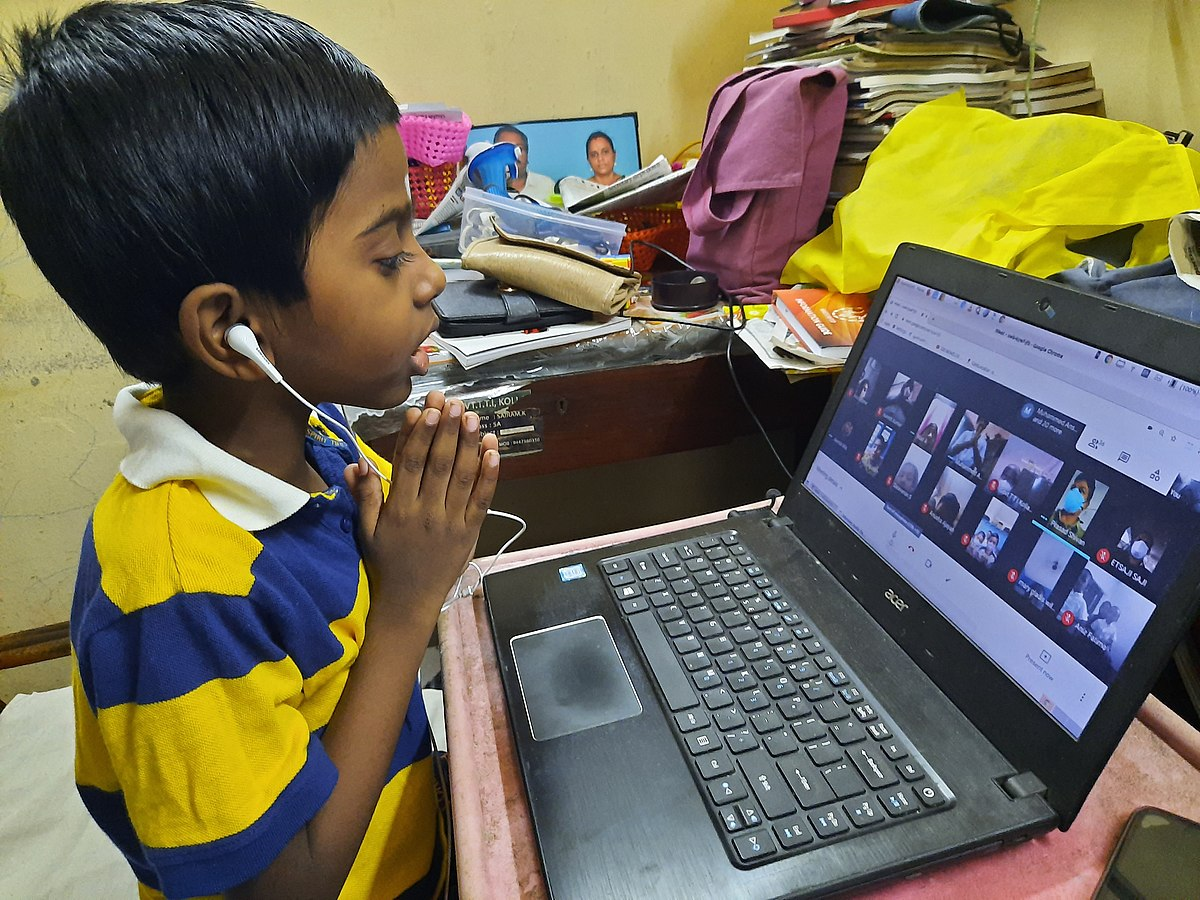 The pandemic has led to a rise in online learning and EdTech platforms. (Image source: photograph by Fotokannan, distributed under a CC BY-SA 4.0 license, via Wikimedia Commons)

According to the announcement made by Education Minister Dharmendra Pradhan, the government has recognized the necessity of addressing these issues and has been working on a common policy for regulating the EdTech industry with the support of the Ministry of Electronics and Information Technology and the Ministry of Law and Justice. The statement was made during an online event for the All India Council for Technical Education (AICTE), where technical books in vernacular languages and free online course coupons for students from economically weak sections of the society were launched. These proposed regulations would curtail monopoly in the market and provide measures against EdTech companies luring and exploiting students through false claims and promises.

Minister Pradhan spoke of the issue of EdTech companies exploiting students through a system of loan-based courses and commented that “companies are welcome to do business in India, but they cannot exploit students.” With the regulation of EdTech platforms, they become more accountable for their content and how it would be advertised to individuals.

To understand the potential impact of regulation of EdTech platforms on the most economically vulnerable members of society, it becomes necessary to evaluate where they stand in the first place. The reality of education for individuals from underprivileged communities in India had already been quite bleak. According to the report presented by the National Sample Survey Office (NSSO) in 2014, approximately 32 million Indian children under 13 years of age have never attended any school. The majority of these children came from socially and economically underprivileged communities. With the pandemic, these numbers have further deteriorated. According to a government survey {the survey, conducted by the National Council of Educational Research and Training (NCERT), covers 18,188 students studying in CBSE-affiliated schools, Kendriya Vidyalayas (KVs) and Navodaya Vidyalayas (NVs)}, out of the total number of students enrolled in government schools, around 27 percent do not have access to a smartphone or any other electronic device to have online classes on. Surveys by NGOs and private organizations suggest that these numbers might be even higher. Many students have lost contact with their initial schools in the wake of the mass exodus of migrant workers back to their hometowns. Even amongst those who have access, one device is being shared amongst multiple children in the family. There are also problems with using the technology, as most children from underprivileged sections are unfamiliar with the intricacies of using online platforms to study. There are also concerns about access to electricity and data recharges to carry on with these lessons.

EdTech platforms can improve the reach of education within India by making it more accessible to even the remotest areas, at the convenience of the learners’ pace, especially in areas where students have to travel long distances daily to attend schools. It could also help accommodate students with specialized learning needs or those with problems in physical accessibility. Furthermore, it could also aid in removing the difference in the standard of education imparted in rural and urban areas, bringing the students up to level plain. However, there are significant challenges in using EdTech platforms to spread education amongst underprivileged children. The most obvious is the lack of necessary infrastructure and access to resources to support this initiative. Other than that, socially disadvantaged communities are also burdened by the intersectionality of the identities in terms of class, caste, and gender, which also restricts their access to resources and might result in new divides. For example, a family might prefer to only send their son through an EdTech course because of the high cost while allowing the daughter to study at a local school, creating a divide in their knowledge at the family level itself. The cases of discrimination amongst students from different castes and religions in rural schools have been happening for a long time. There are no guarantees that students from disadvantaged groups would even be granted access to the public infrastructure necessary for attending classes. At the end of the day, as long as these companies are only for a profit motive and not for people’s welfare, attempts at mass education, especially for underprivileged students, through EdTech would remain unsuccessful. Edtech platforms seeking profit would only contribute to the growing digital divide.

We see that while regulating EdTech platforms was undoubtedly a necessary move, especially with the rising malpractices and fraudulent behavior from EdTech companies, it would not be enough to make EdTech platforms more accessible for the underprivileged Indians. Certain EdTech companies have already taken the first step by providing free courses and scholarships to reduce the financial burden and promote education; there has to be a social and structural change- improving the accessibility of the necessary resources, before EdTech platforms can achieve their potential of mass education.