Underprivileged children’s trials and tribulations of learning a new language

Before delving into the associated aspects, it is imperative to ascertain what “underprivileged” means. According to Merriam-Webster, the term underprivileged refers to the population deprived of their fundamental rights due to economic or social conditions. India is on a fast path to development. With the advent of new policies explicitly dealing with the issue of children’s education to ensure maximum participation and emphasis on local/regional language, India is bound to overcome the problem of the underprivileged being left out of the loop of education.

English language has always been regarded very highly and perceived as a language that will help people succeed later in life. However, not every section of our civilized society can learn English, let alone be proficient in it. But most of all, it is the underprivileged children who are at the worst disadvantage. Their parents do not know the language; therefore, they cannot teach their children, and these children have to solely depend upon their teachers to teach them this language. Most of the time, the teachers in schools that the underprivileged attend have graduated from nearby places and do not have the required command over English, making them unable to impart good command over English to the students.

Poverty and its influence on the cognitive development of underprivileged children

Another reason underprivileged children suffer the most is poverty, which can be either rural poverty meaning less access to education facilities, job opportunities, etc., or urban poverty, which means that people cannot get the desired access to education, environment, etc. Additionally, the students can also fall under the bracket of generational poverty wherein the poverty continues from generation to generation, making it extremely difficult for such children to climb out of this bracket. Because of poverty, the children have to go to schools in which teachers are unable to make the students fully grasp the subjects. The domination of the English language has been perpetrated even to the schools situated in the rural areas of the country. The underprivileged children are made to study the concepts in a language which they neither know nor understand. Therefore, the paramount emphasis on making disadvantaged children study all subjects in the English language keeps them from learning the subjects and makes them wary of the English language. The low motivation and low self-esteem because of being unable to understand the subjects taught in school since they are in English causes the underprivileged children to move away from the realm of studies and consequently even away from the opportunities brought forth by completion of education. Those parents who are aware of the better facilities and can somewhat afford those facilities ascertain that their children go to the best schools their money can afford because, as I mentioned, English is regarded very highly in the country, which can pave the road to success. But the same cannot be said for the children whose parents cannot afford these facilities; therefore, the underprivileged children are disadvantaged when learning a new language.

Furthermore, an added disadvantage to the underprivileged children is the absence of pictographic aids when taught a new language. This means that students who go to schools that can afford placards, projectors, or other pictographic aids can better understand a new language. For example, a school that can afford some of the aforementioned pictographic means can show the students what a particular word means when teaching them, such as a picture of a lion can be shown on the placard or screen to help them associate the word “lion” with the animal. The same is not available in the schools which the underprivileged children attend, and because of this, their cognitive ability to associate a word with a particular thing and then remembering the same is marred. Lastly, the underprivileged children also do not have access to aquariums, zoos, botanical gardens, etc., which further impedes their cognitive learning skills.

New Education Policy (NEP) and the emphasis on local/regional language

It is said that the first teacher of a child is a mother and the first language of the child is their mother tongue or the language spoken by his family, community, or region. With the advent of the New Education Policy (NEP), there have been many apprehensions in our country’s minds, especially amongst the ‘influential and knowledgeable gentry.’ NEP states that children till Class V will be taught in their mother tongue or local and regional language. This view has been proposed, keeping in mind the number of dropouts happening in village schools or even the schools in the cities. The cardinal reason is to retain the students in the schools and help them learn not only languages such as Hindi or English but also subjects which are of extreme importance in the latter half of their lives. The two views that were taken in support and against the NEP go somewhat like this- one side of the argument when it comes to teaching English in schools or making English the primary language of teaching will ensure the development of the society and will consequently take the country forward and open a plethora of global opportunities for people, which is not wrong. The opposing view is that teaching the children in their mother tongue or the local and regional language till a certain age will help them comprehend things better. Still, it will also make them eager to learn a new language when introduced in the later classes.

A study conducted by UNESCO talked about the mother tongue being the primary language of education. UNESCO said that the child must be fluent in the mother tongue. The mother tongue is used as the primary language of instruction for at least 5 to 6 years after the child has completed primary school. This will help keep the children in schools and enhance their learning as the students’ self-confidence will increase because they, like the other students, will be learning a new language from scratch. The teaching mode focusing on the bilingual method is better than teaching everything in English since the beginning of a child’s schooling when their first language is not English. This means that introducing a new language too soon in the curriculum of a child will not only let him not master the mother tongue, but the same will also not let the child keep abreast with the new language, thereby depriving him of the opportunity of learning both the languages to the fullest.

To sum it all up, the cardinal purpose of putting so much emphasis on the importance of mother tongue was to reiterate what has been said in numerous studies— making sure that children are fluent in their mother tongue (language) or local/regional language will undoubtedly open great doors for them when it comes to learning a new language because having command over a language which they understand entirely will make them more receptive to an even bigger chance of learning a second language to the fullest as opposed to when they do not have command over either of the languages. Therefore, if the children are not fluent in their mother tongue, the prospect of them learning a new language with the same enthusiasm becomes bleak, and all the efforts are for naught. 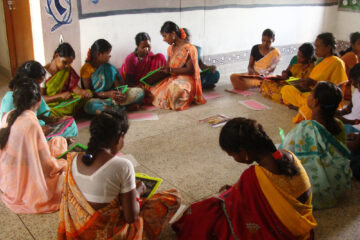 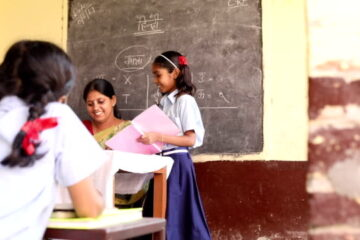 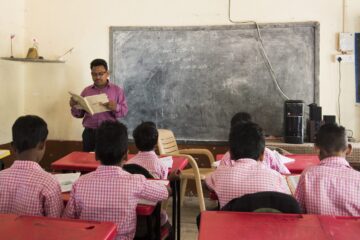